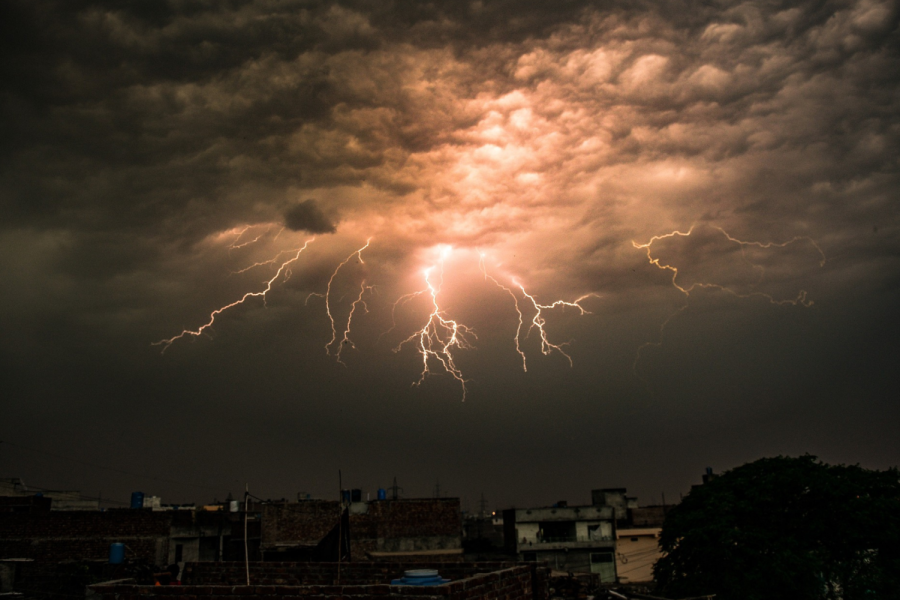 Violent lightning strikes above a city in Pakistan. Photo used with permission from Pixabay.com

The catastrophic flooding in Pakistan is no surprise, especially considering global climate change. As global warming steadily heats the Earth, tropical storms and historic catastrophes brew over the ocean.

Berenice Sealy, who teaches A.P. Environmental Science at RCHS, said, “storms are fed by energy, and increased temperatures put more energy into the atmosphere and into the water, so you end up with more clouds that contain more moisture and the warm air contain energy that strengthens storms.”

These are just a few examples of global catastrophes that scientists are linking to climate change:

Hundreds of thousands of Puerto Ricans here in the Americas suffered power outages after Hurricane Fiona, the Category 4 storm that also recently struck Canadians with the same fate.

Even the 210 Freeway here in Rancho Cucamonga flooded in early September after a heavy rainstorm, another climate anomaly along with the devastating wildfires that charred the mountains of Southern California last year.

In Florida, US government organizations like the Federal Emergency Management Agency (FEMA) launched widespread initiatives to aid disaster recovery within a day.

However, it doesn’t help that Pakistan’s population is on the economically disadvantaged side of society. Most people in Pakistan cannot afford the means to survive, especially in a time of extreme political strife.

For places like Pakistan, a country that contributes to less than 1% of global carbon emissions, the climate crisis is a frightening reality, a soon-to-be reality for the rest of the world.

That’s why the United States must donate and provides resources and support to the people of Pakistan.

“Climate change is real because you can see it in the weather, like it should be taken seriously because you see it every day,” senior Maala Noor, president of RCHS Garden Club, said. “There are a lot of other countries that have a lot of money and resources but they do not share.”

Your donation will support the student journalists of Rancho Cucamonga High School. Your contribution will allow us to purchase equipment and cover our annual website hosting costs.