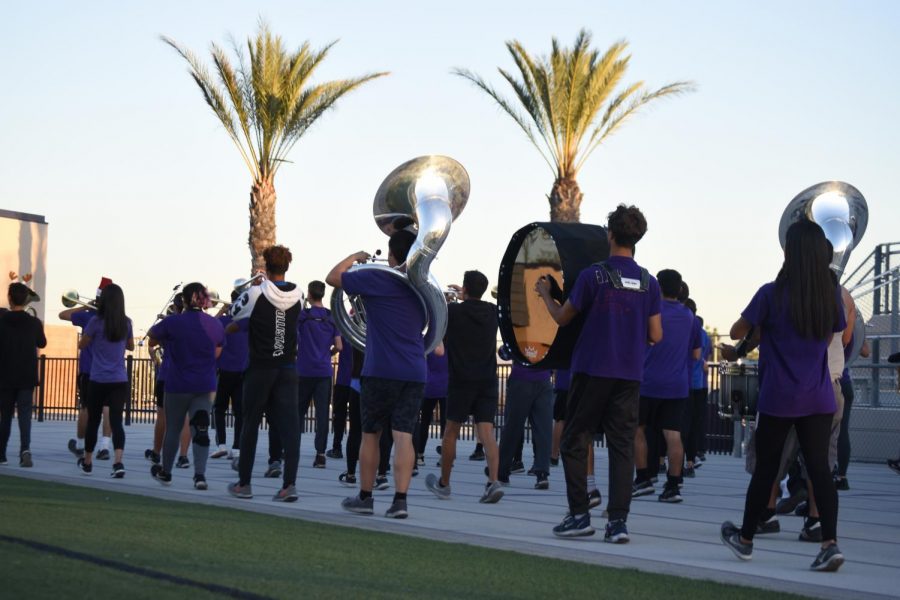 The pandemic has made it more difficult for the Rancho Cucamonga High School band to rehearse, but they have found ways around the difficulties they face. The RCHS band continuing to play is an example of resiliency through these trying times.

So what has the band been doing to get around these challenging times?

The RCHS band via Zoom has its ups and downs, but the staff and students have found ways to make it work through these challenging times.

Virtual learning makes it quite hard to practice as a class because of technology and internet difficulties. It is harder on incoming students because they may not know how to practice efficiently or how the band class normally practices. Students are less motivated and don’t practice as much as they usually would, considering there aren’t any coming up events for them to perform for.

RCHS Senior Haley Aichlmayr said, “With there being no performances to prepare for, there’s a lack of motivation to practice.”

Senior Madison Montes said, “It is difficult, especially for the freshman since they do not know how to practice efficiently/how the program practices.”

With the Freshman not knowing how the program traditionally operates, it can be hard to get everything to run smoothly.

Senior Jadyn Sherry said, “our freshmen are definitely having a harder time learning over zoom.”

Going into the new school year as a new student impacts first-year students participating in band class because it’s an entirely different setting.

Senior Justin Oberholtz said, “As expected, Zoom’s connectivity issues prevent us from playing together, so we can only play individually during class.”

Aichlmayr said, “I don’t practice as much as I normally would at this time of the school year, but we’re trying to make the best out of a bad situation.”

As with everything else this school year, participating in the school’s band is a struggle for many students. But despite the challenges the RCHS band faces, the music continues.