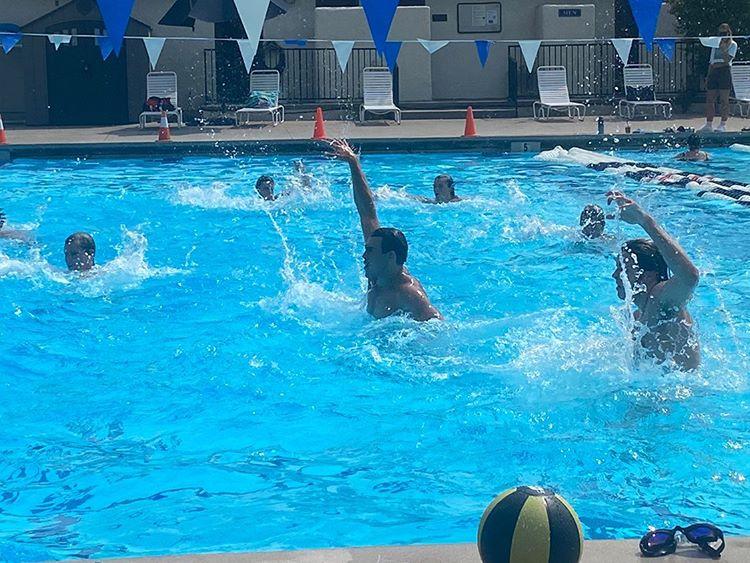 Joshua Edwards, a senior at Rancho Cucamonga High School, is a member of the boys water polo team. Edwards has been playing water polo for more than five years and portrays excellent performance in the sport.

Edwards has achieved some of the highest level of play in water polo with his position being the transitional set and also wielding the ability to be a strong outside shooter. The transitional set is a vital role to the team as they play in the center of the pool and make most of the inside shots.

With his role of being the transitional set, Edwards explains that a notable achievement of he is, “currently attending an elite academy for Water polo that only eight boys were selected in the country to participate in, and the program lets me train every day with Olympic coaches and Olympians.”

Edwards’ passion and skill in water polo are strong as he spends countless hours to improve his performance in the sport, allowing him to take his skill to the next level.

When questioned whether he wants to pursue water polo in college, he said, “Yes I do, I plan to go to a high ranking Division 1 College, where I can hopefully compete in the NCAA Championships.”

While continuing to improve his mastery in water polo to reach his prime, Edwards’ practices prove to be tough as he illustrates that he “practices every day for at least four and a half hours and up to six hours, and my only rest day is Sunday. Practices are often very intense, with little to no time of rest, but also with my coach expecting perfection with everything that we do.”

He adds, “We do a lot of swimming that also incorporates water polo moves, as well as heavily focusing on legs, core, and shoulder strength. If there is extra time after the workout, then we are able to start shooting to work on accuracy and power.”

Edwards’ commitment to water polo and the amount of time spent not only improves his skill set but also strengthens the bond that he has with his teammates.

The bond with his teammates is “immensely strong, both at the academy and during high school. A lot of the time, we will work out extra or go and surf together, but a lot of the bonding comes from when you push each other during practices even when you, yourself, are struggling.”

Edwards has experienced a lot with his teammates over the duration of his time playing water polo as a result of spending countless time together. Though, there is always that first experience with anything.

Edwards describes his first experience with the sport as he recalls that he was “the one kid who joined the sport late, and didn’t even know how to swim, let alone any of the tactics. But over time with the help of great coaches, I’ve been able to change that.”

Water polo is a competitive team sport that is played in water in which two teams attempt to score goals by throwing the ball into the opposite goal. Water polo requires athleticism, the ability to swim, good game knowledge, and many other skills.

When asked what aspect intrigued Edwards after his first experience with the sport, Edwards explained that “the level of physicality that water polo has in it, and the constant moving, you’re never just sitting in one place during the game, even when resting you still have to be moving.”

From Edwards’ first experience with the sport to his current state with water polo, he has drastically improved and is continuing to strive. Edwards’ outstanding performance and achievements in water polo set the spotlight on him for years to come.