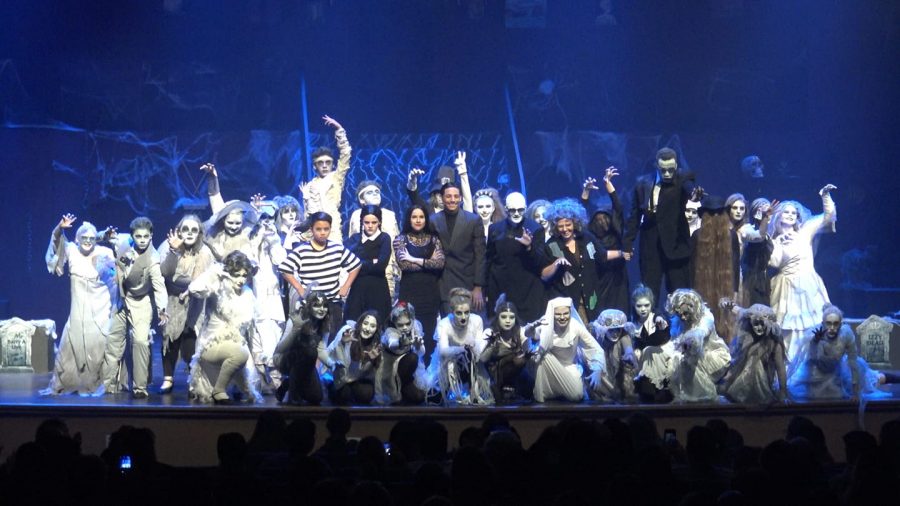 Three Rancho Cucamonga High School students won National Youth Theatre Awards for their performances in last year’s musical “The Addams Family”. This was the first year RCHS students were invited to participate in these awards.

Snyder said it was fun working with the cast and that she “is grateful for the show because it was her first and only show she had a leading role in with her older brother Matthew” who is a 2020 graduate at RCHS and now attending BYU.

Having “The Addams Family” performance being their last performance before the COVID-19 shutdown, Snyder said that she “would give up anything to rehearse with the cast again.”

While playing Wednesday Addams in the musical, Snyder said she felt “the opposite from her character but being able to explore the role was an exciting challenge.”

Receiving the award for lead performance was a huge honor. Snyder said it “only adds to the great memories that have been made from the play.”

Camacho said being in “The Addams Family” production was “an experience that [he] had been anticipating a few years.”

The musical became one of his favorite comedies about four years ago when his older sister performed it on the RCHS stage during her sophomore year.

In performing in “The Addams Family”, Nathan said he can “remember that the experience lived up to his anticipation but never thought it would be [his] last production of his sophomore year.”

Camacho played the role of Lucas Beineke in the production. Regarding his role, he said, “just receiving the role was an honor in itself because that was one of the roles I was hoping to play.”

Not only did Camacho mention playing his role was a challenge he also mentions it brought back many amazing moments with the rest of the very talented cast.

Sarah Fountain, junior, was nominated for Supporting Performance in a Musical for playing as Alice Beineke

Being nominated was such an honor, according to Sarah, she felt “ecstatic that the judges noticed me, and it makes me excited to get back to performing in the future.”

Fountain said, “it was an unforgettable experience, I was apprehensive at first because my character had two extreme sides to her which stretched my acting boundaries.”

For the scheduled Spring performance, “Les Miserables” was cast as Cossette. Fountain said “not being able to perform and do what I am most passionate about truly saddens me.”

Due to COVID-19, Fountain was not able to perform her dream role as Cosette in “Les Miserables” in the spring with the rest of the cast.

Jonah Camacho, junior, received his nomination for his performance of Fester. Jonah said being in the musical was an honor and “all the memories [he] made with the cast brings [him] to feel like it wasn’t too long ago.”

National Youth Theater Awards are given to those who show hard work and dedication. RCHS choir and musical theater teacher Mrs. Kelley Squaires said her favorite part about working with the students is “watching their talent and creativity grow throughout the whole process.”

Squires also said she likes “to watch them grow in confidence and make new friends with everyone in the cast.”

This was the first year the students have been invited to the National Youth Awards to judge a show at Rancho. Ms. Squires said, “the fact that our students received so many awards the first time around is truly an honor.”