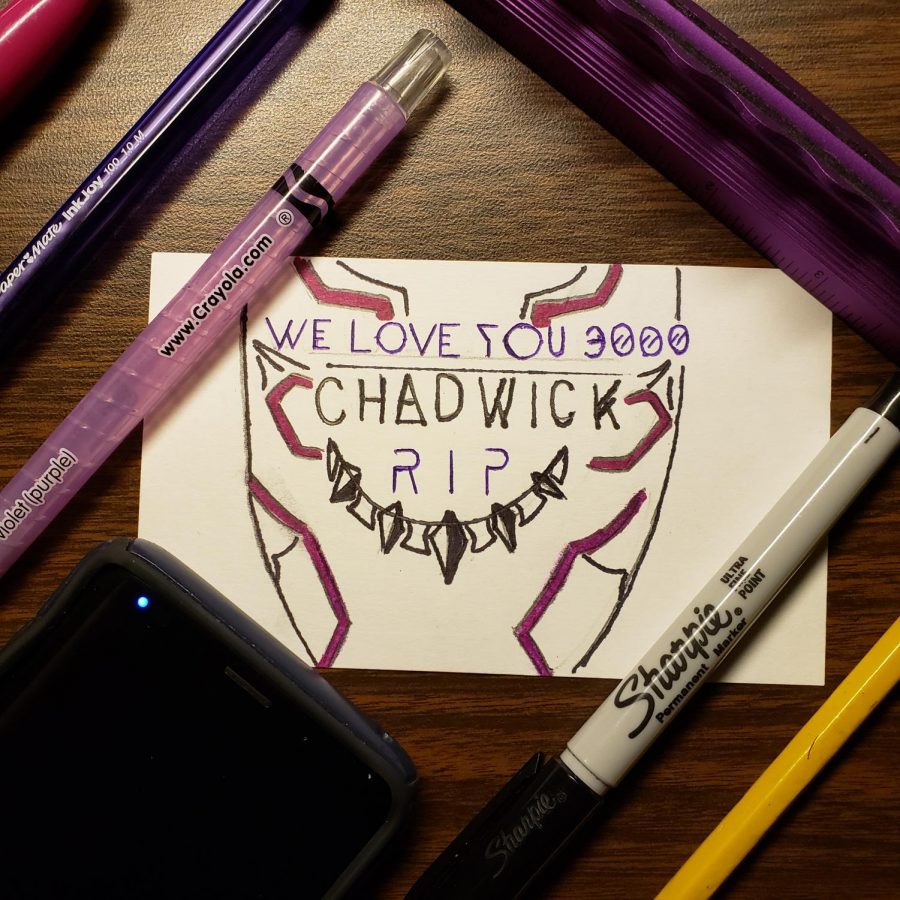 The death of Chadwick Boseman was a tragedy all around the world especially with RCHS staff and students. He was an amazing and inspiring actor. Boseman was most famous for his role as King T’Challa in the movie Black Panther. He also starred in 42, Get On Up, and 21 Bridges.

Boseman was diagnosed with colon cancer four years ago. According to the AP News, during the four years of Boseman’s treatment, he acted in many amazing movies. He kept his diagnosis a secret until his family shared on social media that he passed away on August 28, 2020.

The news of his death started trending on all news channels and social media instantly. Many people made posts to show their appreciation and love for him and his family, including RCHS students.

RCHS senior Amarchi Ojukwu, said “He represented African Americans in a positive light. He played many historical figures that allowed us to see and learn what our history textbooks failed to do. But ultimately his role as T’Challa in Black Panther was a monumental feat in the movie industry and also allowed many Africans including myself, to embrace their culture.”

Boseman made an impact on many students at RCHS, and his roles in his films as well as in Hollywood serve as a reminder of how important representation is.

Junior Cashmere Wendt-Carter said that Boseman “ was able to inspire so many people of color and people in general to break past barriers that seemed impossible especially in the film industry. He was also a seemingly amazing person he visited cancer patients, and had his hand deep in charity work.”

Rancho Cucamonga High School junior Jonah Camacho is a Marvel fan as well. He said “I am a huge Marvel fan and ever since I was little, my brother and I always loved to see who was next for Marvel movies or what new superhero would be introduced. When Chadwick Boseman made his first appearance as the Black Panther, I have to say, I was amazed. Chadwick felt important to me because he taught me that anyone; any race or ethnicity, has the power to be a superhero and because of this, I grew a strong connection with his character. He had a tremendous impact on me because he was one of the influences who made me believe that I can do the impossible too.”

When Boseman passed, Camacho said he was devastated and wanted to share his gratitude to Boseman for being a beacon of hope.

Junior Garvey Collins said, “Chadwick Boseman was important to me because he portrayed so many Black heroes and was one himself. The impact he had on me is that I can be a hero too.”

Boseman’s death was devastating because he had such a big impact on people. He gave people different perspectives on African American culture, his younger audience hope to become a hero, and taught his audience that anyone can be anything.

Wendt-Carter said, “His rise to fame and entrance into the world of hollywood is one to remember, but him as a person and his lasting effect on those who knew and knew of him is what will carry on for many many years to come.”