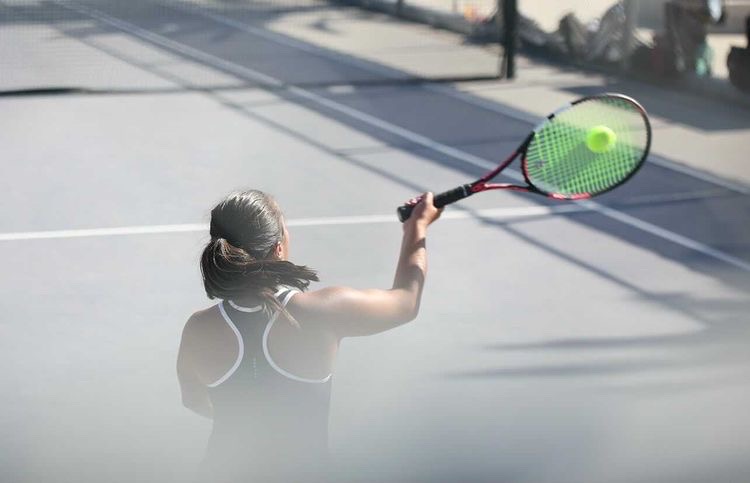 The girls tennis team is starting the year off strong with a 5-1-0 record. It’s currently preseason, and the team started out with three tournament games. The team won two out of the three tournament matches, the final one resulting in a loss.

The team’s first non-league game was on Sept. 2 against Alta Loma, with the match ending in a tie. Most recently, the girls tennis team defeated Yucaipa on Thursday, Sept. 16, which was a non-league match that ended with a score of 13-5.

“The best part about competing is being able to see how much practice has paid off,” said senior Love Bradley.

The season officially starts on Tuesday, Sept. 21 with a match at Los Osos High School. Followed by their first home league match on Thursday, Sept. 23 against Chino Hills at 3:15 p.m.

“Each of our practices prepares us for our games, and when I get most of my servers in or win a match, it’s mainly due to how well I prepared during the week while at practice,” said Bradley.